The Pannonian Stage of the Central Paratethys comprises sediments that were deposited in Lake Pannon and in the coeval fluvial environments during the late Miocene and Pliocene. These deposits are usually deeply buried under Quaternary formations in the plains of the Pannonian Basin, and are exposed only along the basin margins and around mountains located within the basin as a consequence of the latest Miocene to recent basin inversion.

The Mecsek Mountains in SW Hungary represent a Mesozoic basement high that initially emerged from Lake Pannon as an island (11.6–8 Ma), later it was flooded by the lake (8–7 Ma), and finally it was uplifted due to the basin inversion. The sedimentary „apron” that formed around the Mecsek during the 8–7 Ma transgression and the following regression of Lake Pannon is exposed in many outcrops and includes some classical palaeontological sites, such as Árpád (today Pécs-Nagyárpád), Hidas, and Bükkösd. The older Pannonian beds, however, are known only in a few outcrops, among which the sand pit of Pécs–Danitzpuszta is by far the largest and most spectacular.

The Danitzpuszta outcrop in the eastern outskirts of the city of Pécs was first mentioned in the literature in 1937 by I. FERENCZI, and became widely known in 1953 when the Hungarian text-book „Geology of Hungary” by E. VADÁS was published. Pannonian lacustrine layers tilted into vertical position and a plethora of middle to late Miocene vertebrate remains made the outcrop well-known for structural geologists and paleontologists. The lack of biostratigraphic investigations and age data from the lacustrine deposits, however, hindered the temporal interpretation of both the structural and fossil reworking processes.

Therefore, we decided to launch a project for the detailed description and paleontological investigation of the section. Following our request in 2018, the owners of the sand pit made a trench excavated across the crest of the tilted layers, which uncovered the lowermost part of the Pannonian stage as well as the underlying Sarmatian and Badenian stages. The trench, together with the succession exposed in the sand pit, opened an exceptional opportunity not only to solve structural problems, but to conduct detailed sedimentological and paleontological investigations along the thick Neogene sediment succession. A composite sedimentary log, representing 220 m stratigraphic thickness across the Badenian, Sarmatian and Pannonian stages, was assembled and sampled for biostratigraphic studies. The results of this research are presented here, in the 3rd and 4th issues of Földtani Közlöny Volume 151.

In the first paper, SEBE et al. (2021) give a description of the outcrop and of the composite log with the interpretation of the depositional environments. Stratigraphically important algal remnants from the succession are presented in two papers. ĆORIĆ (2021) divides the Sarmatian–Pannonian calcareous nannofossil record into three units and seven subintervals based on the last occurrence of marine forms and appearance of endemic lacustrine species. KRIZMANIĆ et al. (2021) identified a few stratigraphic marker fossils in the largely endemic Pannonian dinoflagellate cyst assemblages. The microfossils of the succession are also treated in two papers. SZUROMI-KORECZ et al. (2021) investigated the middle Miocene (Badenian and Sarmatian) foraminifers and ostracods, and described a freshwater or oligohaline interval within the upper part of the Sarmatian. CSOMA et al. (2021) established the Pannonian ostracod stratigraphy of the succession, and attempted a correlation to the biozones of the magnetostratigraphically dated Beočin succession. Invertebrate macrofossils of the outcrop are presented in the following two papers. DULAI et al. (2021) evaluate the small coral and mollusk fauna of the normal marine Badenien layers. BOTKA et al. (2021) demonstrate that the Pannonian mollusk assemblages follow each other in a unique order within the succession. In the last paleontological paper, SZABÓ et al. (2021) present results on the origin of the mixed vertebrate assemblage by studying Badenian to Pannonian fish remains. The volume is closed by a structural geological paper (SEBE 2021), which integrates the biostratigraphic results into the tectonic studies to date the deformation events.

By all these investigations, the Pécs–Danitzpuszta outcrop qualifies as one of the best-studied Neogene successions in Hungary. Our research identified some specific phenomena, like controversy in marking the Sarmatian/Pannonian boundary when traced by different fossil groups, or the presence of freshwater environments during the late Sarmatian, which well deserve the attention of the international scientific community. The outcrop, one of the rare continuous middle-upper Miocene sections in the Pannonian Basin, offers a unique opportunity for further studies focused on these issues.

The research was mainly funded by NKFIH project PD104937 and the Hungarian– Croatian bilateral project TÉT_16-1-2016-0004 (both with K. SEBE as Principal Investigator) and by NKFIH 116618 (with I. MAGYAR as PI). The owner of the sandpit, Quartz Kft., and personally Béla MOLNÁR, Ernő BÜKI and Gyöngyi SZŐLŐSI are thanked for kindly permitting and actively supporting our work in the large outcrop. 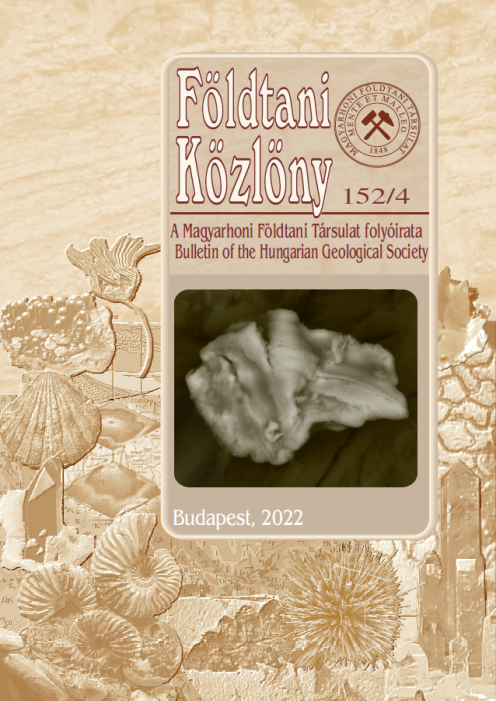 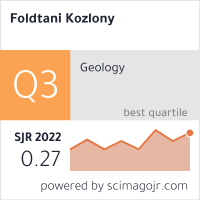