The aesthetics of landscapes and the environment has not received considerable research attention. The main reason for this is that aesthetic evaluation contains too many subjective elements, which is not always compatible with the cold rationalism of researchers. Despite this, researchers regularly comment on the aesthetics of urban environments. This is not accidental. There is a connection between the aesthetics of phenomena and the decision-making with regard to them. The aesthetic appearance of an area affects millions of decisions regarding investments, tourism destinations, or the choice of dwelling-place. In Hungary, around one third of the urban population is living in housing estates; this environment is an everyday reality for most of the urban population. The housing estates were built during the communist era and received major criticism almost instantly in both sociology and architecture. In recent decades both the Hungarian state and the local government of Szeged have made significant investments aimed at increasing the quality of the housing estates’ environment. For determining the aesthetics of housing areas and their environment, we improved our earlier-developed method, which was used for evaluating single downtown buildings. The improved method was tested in three different sample housing areas. For the evaluation of architecturally homogeneous, newly-constructed or refurbished buildings, we have introduced the concept of the visual unit, which incorporates multiple buildings and their surroundings. This solution speeds up the evaluation process, and it can also be used to score individual buildings, if necessary. We also examined visual conflicts which affect the aesthetics of the area and can reduce the value of the visual condition. The key result of our research is the thematic mapping of three categories, including the aesthetically valuable, and therefore attractive areas, which can be distinguished from the aesthetically problematic, and therefore repulsive areas, and from the areas which can be (and should be) improved aesthetically. 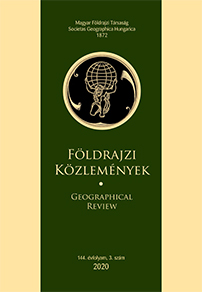