“Don’t You Know What ‘ther’ Means?”
The paper is a somewhat unusual review of Christopher Ricks’ and Jim McCue’s two-volume critical edition of T. S. Eliot’s poetry. It is unusual in the sense that it attempts to draw conclusions specifically for the Hungarian context. From a rather early age, Eliot was very conscious about the general shape of his ‘whole’ poetic oeuvre, and this edition almost fully obeys the authorial intent, as far as it can be affirmed. The editors keep the integrity of the carefully sculpted Collected Poems and add the Uncollected Poems in a separate section, constituting two parallel narrations of T. S. Eliot’s creative life: one public and one hidden. A third main section encompasses those works that don’t belong to either narration: these range from Old Possum’s Book of Practical Cats to the bawdy epic of King Bolo. The arrangement lets the reader choose between the context of these narratives or combine them, creating new perspectives from which to reread the poems. There are several innovations that could be adapted to Hungarian critical editions, like the separated but cleverly cross-referenced Commentary and Textual history, or the idea of the ‘editorial composite’. However, the Hungarian financial outlook for this kind of effort will probably never allow such creative freedom and such a practical and affordable end result. 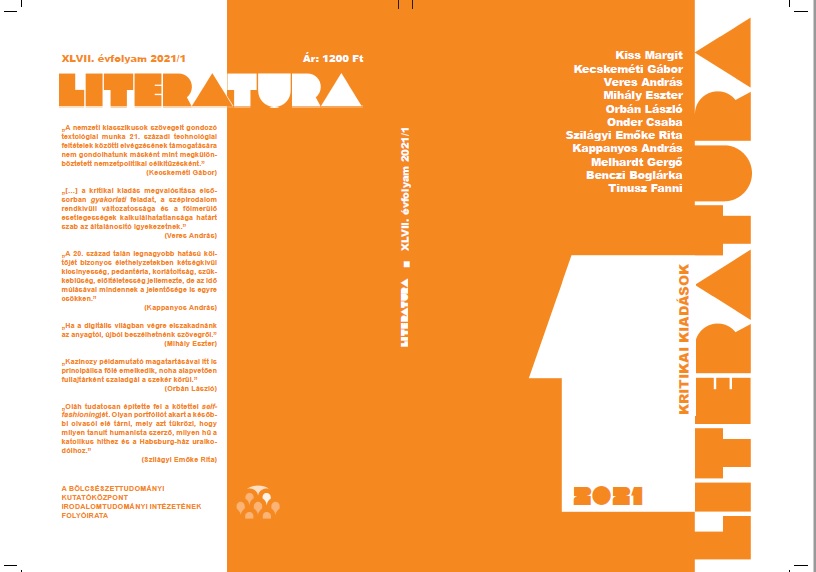